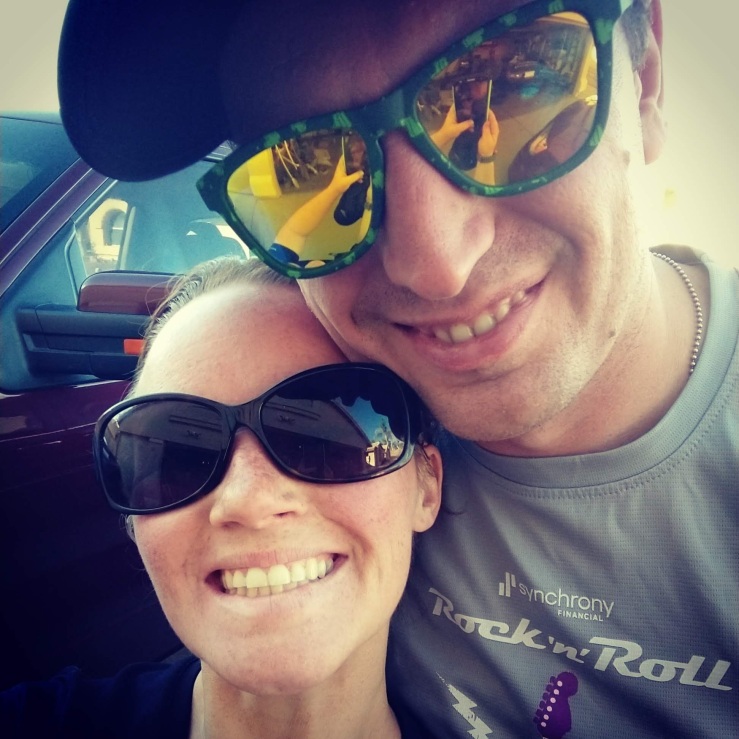 Still, it was great to have her out there with me.  I tried staying with a couple of the guys that are always near the front of the run.  I stayed with them for the first mile and a half before I fell off a little.  Still the first 2 mile where at a 8:54 pace.  Which for me is pretty good and really consistent.

The third mile was horrible.  My calf tried to cramp several times.  My breathing got out of whack.  Just not a good feeling mile.  Still managed a 9:25 mile.  The third mile was much better.  Partially because I knew that the end was near.  The last mile I ran a 8:34.

I’m going to run 3 days during the week.  Tuesday, Wednesday, and Thursday.  I’ve gotten word of a 4 mile group on Tuesday mornings.  Wednesday I’ll do speed work. Either hills, fartlek’s, or pyramids.  And then the Arrowhead Loop group run on Thursdays.

Saturdays will be a bit of a wildcard.  Every other Saturday I am signed up for a 5K in the AZ Sunrise series.

The guys at breakfast are trying to get rid of my excuses for not doing a triathlon.  As I’ve mentioned several times on here I’m not a biker.  The guys on Thursday believe its because my bike is from the Carter administration (1970s for those who don’t know who that is).  I have a mid 70’s Schwinn.

Its not a bad bike.  Technology has just past it by.   One on the guys has offered to let me borrow one of his bikes that doesn’t fit him to get me started.  Which is nice since they can cost a lot of money for something I’m still not sure about.

They also invited coach V and I to a weekly open water swim that they do to practice for tri’s and some rides that they go on.

The swim part doesn’t worry me that much.  I’m a pretty strong swimmer and comfortable in a pool.  Haven’t done much in the way of open water but how hard can it be?

When I was in high school I was the manager of the girls swim team.  Which I know doesn’t sound like it would do much for my swimming ability.  It was great for my social life though.

Once or twice a week the coach would let me swim the practices with them and I was always in the inter-squad meet that they would do a couple of times a season.  I used it as off season training between cross country and track season.

I also plan on doing weight training on Monday, Friday and one of the days on the weekend.  I need to get my upper body strength built up so that I can do better at the Spartans and Tough Mudders.

My goal is to get under an 8 minute mile average for 5ks and try to take as much of that speed into the marathon training as I can.

And all in the Arizonian heat.  Should get interesting.