While I didn’t quite make my under 5 hour goal I’m still extremely excited about the result.

This was a very different type of marathon than the previous ones I’ve ran.  I’ve ran the Chicago Marathon twice and the Air Force Marathon at Wright-Patterson Air Force Base in Dayton, OH.  Those were much bigger races.  Chicago is one of the largest marathons in the world with around 36,000 people. The Air Force Marathon is smaller but still about 3,200 people.  Chicago is lined with people the entire coarse.  Air force isn’t as solidly lined with people but there is still a fair number and you go through a lot of neighborhoods. Both races are a lot of fun.

The Buckeye is sparse.  Its very well staffed with volunteers and aid stations about every 2 miles.  But between the stations there is very little for most of the race.  The first 4 miles is through a nice looking neighborhood. Then there is a turn to the west and you stay on that road for the next 15 miles.  It is a road that has one main curve to the south and feels like its going through the middle of nowhere.  And its amazingly flat.  You can see for miles in all directions and see little in the way of civilization.  It kinda makes you wonder why its there.  Its a 4 lane divided road with little to nothing on it or near it.  Felt like the road that Field of Dreams inspired. 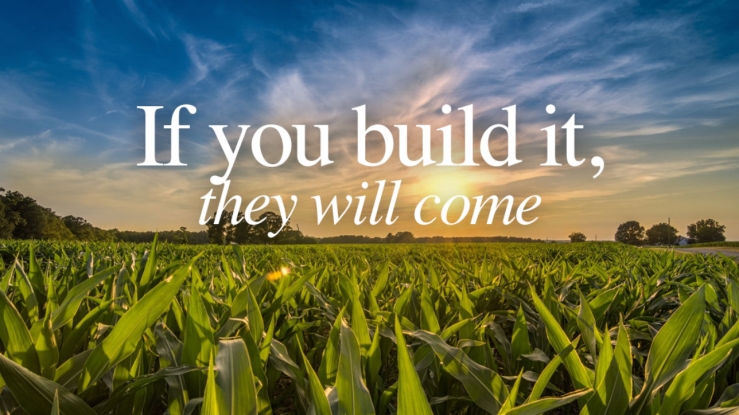 I paused my music for a little bit and just listened to the deafening silence and my shoes hitting the road for a little bit.  It was kinda nice actually.  I love running with crowds cheering and feeding of the energy of the fans yelling encouragement to people they have never met.  But there was something serene about the silence.  Very calming and peacefully.  I ran like that for about 2 miles before going back to my mix of Britney, Justin, and Pitbull.

Ok, so more of a recap.  The first half felt amazing.  My half split was 2:22, which would have been a half marathon PR if I was running a half.  I had a small mental breakdown at mile nine, but pulled it back together to the halfway point.

Then I fell apart until about mile 17.  I just couldn’t seem to find a rhythm.  I eventually settled into an interval of .2 run and .2 walk.  The runs where still at a 9 to 10 minute pace, occasionally getting more toward 8:30.  I just couldn’t maintain it.  I tried slowing down to around a 12 minute mile but that was even worse.  Mile 22 my interval stopped working and I went to more a .25 walk and .15 run.  Every time I tried to extend the run I had very sharp pains shoot through my legs. Almost felt like an electric shock in my calves.

And then it came.  The ever elusive runner’s high.  At the Mile 24 marker I looked at my watch and knew that 5:30 was still up for grabs.  In 2 more miles I will have run my fastest marathon to date. And that triggered the endorphins.  My brain overruled my tired sore legs and I started running again.  Back in a .2 run, .2 walk.  The runs were getting down around 8:30 pace and the walks only slowed to about a 14 min mile.  Coach V was at the last turn which was about the 26 mile mark.  She said something encouraging about being almost done and joked about having a hard time keeping up because I was walking too fast.  And I basically said something to the effect of “Watch This!”

I let out a tremendous primal scream and took off at a dead sprint.  Every time I felt like my body wanted to quit I screamed again.  This was everything that was left.  I just let my sprinter brain take over and went.  I peaked out at a 3 min mile pace.  Yes, I have some speed when I want it, I used to be a sprinter.  Of course that was a short duration but still after a 26 mile warm up a 12 second 100 meter dash isn’t too bad. And if anyone reading this knew me in high school they probably aren’t surprised.

Afterward I felt great. As I said before I’m extremely happy with 5:20.  My legs where dead but I still walked over to thank the firemen and police at the finish that where helping with the event.  I changed into my post race kilt, fresh socks, different shoes, and the event shirt.  Pro Tip: Clean clothes feel amazing after a hard race like that.

Coach V took me to Texas Roadhouse for a post race steak and beer.  Possible the best steak and beer, Kiltlifter of course, I’ve had in awhile.  Of course that could be the endorphins talking.

I had a lot of random thoughts and musings including how to focus my training over the next several years.  However, I’ll save those for another time.